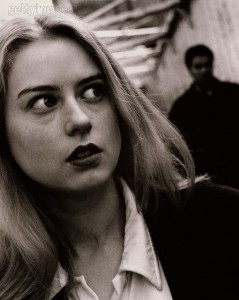 Stalking is not just for the rich and famous.  One in twelve women is the victim of a stalker.  That’s an astounding number.  Stalkers can be sort of like a benign fan club or they can be very malicious in nature.  It’s hard to tell which is which until it’s too late.  For that reason any encounter that seems like it might lead to stalking should be stopped early.  Once a stalker has an object in his sights, it can be nearly impossible to get rid of him.

Stalking isn’t about sex or power or control.  Stalking is, for the most part, about ownership.  Stalkers want to possess the object of their infatuation.  It’s most definitely not about love.  Most stalkers suffer from low self-worth.  They want to address that low self-worth by possessing something valuable.  They want to possess you.  There are jokes about men owning fancy cars or expensive clothing as compensating for a lack in some other area in their life.  Stalking a woman is no joke and frequently drives the victim to need to change phone numbers, addresses, change jobs, or worse.

One stalker, when stopped by court order, decided to take things up a notch.  He placed the victim’s name, photo, address and phone number online.  He announced that the woman had rape fantasies and wanted men to help her live out her fantasies.  She was overwhelmed by men on the phone or at her door.  She had to move to another state to avoid the constant harassment.  The variety of stalker stories is almost endless and I haven’t seen a happy ending yet.

There are really only two ways to stop a stalker.  The first is to stop them before they become a stalker and the second is to deal with them once they’ve started.  The second can be considerably more difficult.  The first method has just three steps.

1.  Limit public access to your private information.  Don’t put your phone number, e-mail address, address or other personal information on any social networking pages or directories.  If you have to be in a directory for work, keep the info to the bare minimum and use your first initial instead of a name whenever you can.  Don’t wear identifying badges any more than possible.  A Birthdate is a great identifier.  Don’t publish it.  Check to see what’s available by doing a web search on yourself.  You may also need to send requests to various companies to be removed from their lists.  Your information is out there.  Transunion, Equifax and Experion all have your complete credit history and the contents are very detailed.  You have some influence but not control over who has access.  Check out your privacy rights at:  https://www.privacyrights.org/

2.  Trust your intuition.  If you sense something creepy about a guy, chances are, he’s actually creepy.  A stalker won’t be wearing an “I’m a Stalker” sign but just like anyone else, a stalker sends out dozens of non-verbal cues.  You spot them, process them and get a sense of what they mean, all without really thinking about it.  We call that intuition, but it’s based on real perceptions.  If you sense something negative – trust it.  Strange requests, comments that seem out of place, assumed familiarity that hasn’t been earned are a few of the clues.  Trust your instincts.  When in doubt, err on the safe side.  By the way, women stalk women too.

3.  Say “NO”!  When an unwanted advance is made, say “No” plainly, clearly, and simply.  End it quickly and cleanly with no room for misunderstanding.  You do not need to give an excuse.  The less you say the better.   A potential stalker asked a woman out for dinner.  Not wanting to go but not wanting to hurt the guy she said, “No, I’m married”.  He thought, “OK, all I have to do is get rid of her husband and she’ll go out with me.”  Stalkers really think that way.  Imagine his response to, “No, I’m busy.”   That’s a great invitation for him to ask again and again.  Stalkers routinely fantasize that the victim secretly admires them.  They live in a fantasy world and if you don’t figure out how to stop them, their fantasy could be your ruin.  Did I mention they live in a fantasy world?

If you’ve become the victim of a stalker, you first need to know that it’s not your fault and you didn’t “earn” this.  However, now, you need to get rid of the stalker and remove the threat as quickly as possible and without endangering yourself or your family.

1.  Limit access.  He will work hard to find ways to be around you.  Don’t give him the chance.  Consider all the opportunities he may have to see you.  Be creative.  He will.  Then eliminate or minimize those possibilities.

2.  Enlist the help of your friends and co-workers.  Let them know about the situation and enlist their aid.  If your workplace has security, enlist their aid.  Like you, they need to be assertive in saying “no” plainly and simply.

3.  Don’t travel alone.  One of your goals is to minimize contact with your stalker.  Coach your escort on what to say.  Do not speak to the stalker unless you have to.  Let others do it for you.  This takes the “fun” out of any contact.

4.  Phone contact.  If he has your phone number, you may get calls at all hours.  Do not disconnect the number or have the number changed.  Instead, get a second number and give that number to your friends.  If you change the number, he’ll just find it again.  Let him think he has a phone number you care about.  If he leaves messages, you now have a record of his calls.  Save them.  Never, ever call him.  Never.  Ever.

5.  Contact the local victim’s advocate office.  They will know the local laws regarding stalking.  They will tell you how to get help and how effective that help might be.  Realize they work for or at least with the police department.  The police are far better at dealing with crimes that have already been committed than they are at prevention.

6.  Have an emergency plan.  Know where you can go if he has found your house, is following your car or has made threatening contact.  Don’t wait until this happens to think it through.

7.  Document every contact or attempted contact.  This will establish a pattern of behavior and may be helpful in getting a restraining order or order of protection.

8.  If you fear for your safety, call the police.  Stalking is serious and often deadly.  Get the police involved early.  Victim’s advocate offices are frequently staffed by female officers who understand.  Enlist their help early.

Familiarizing yourself with the potential threat and the steps to deal with it should reduce the odds even further.